In this release we've concentrated on fixing bugs and improving the user experience in the Voxel Editor with tweaks, more shortcuts and new tools.

We added a new material replacement tool to the Voxel Editor. When you select a material to replace, every single instance of it in the world will be turned into the new material.

To use it in the Voxel Editor, open an existing world File > Open... then: 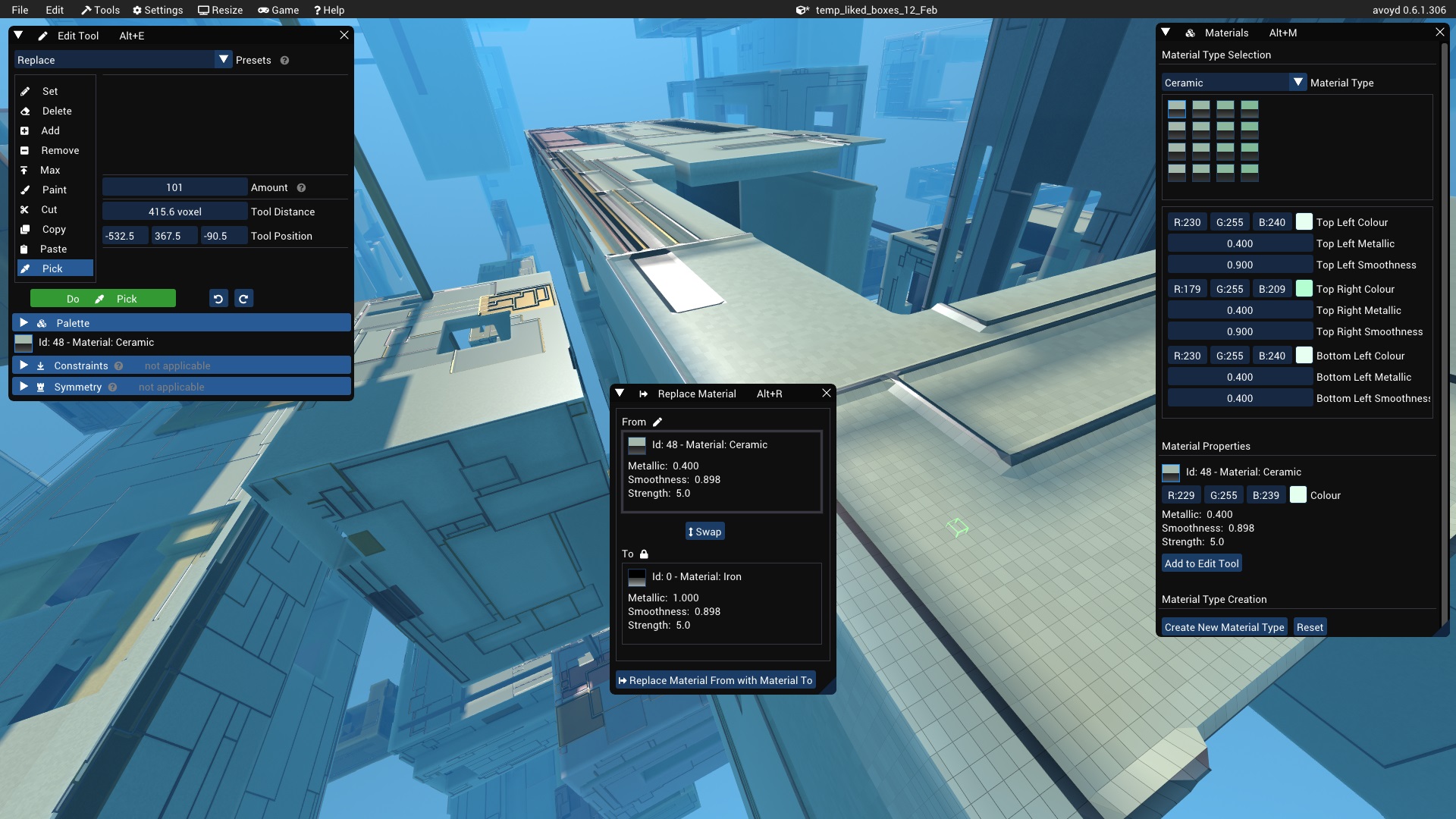 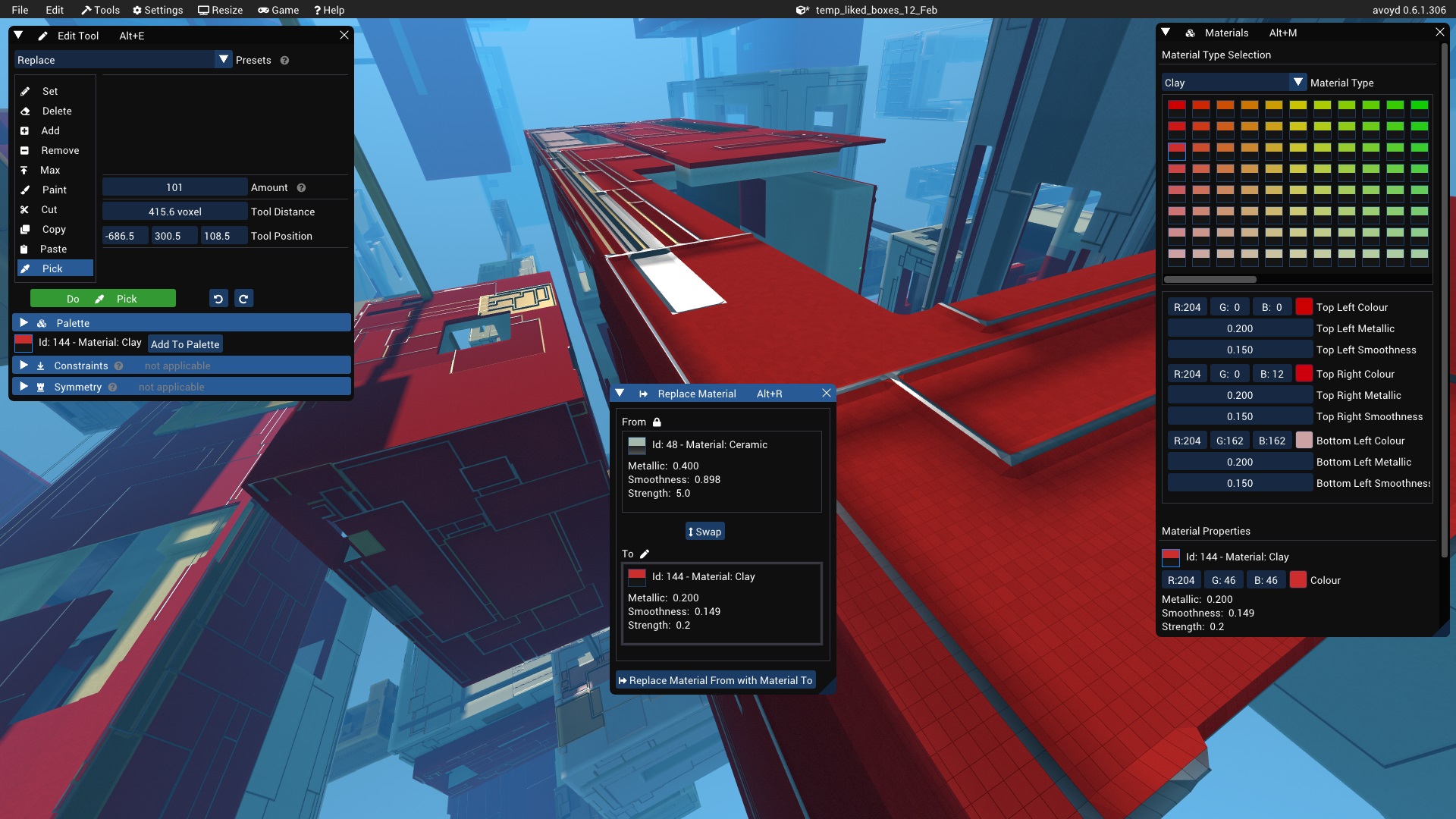 Effect of using the Replace Material tool, before and after

Whilst doing this we took the opportunity to rework the Material tool window to make it slimmer and improve the navigation over the Material swatches. This was a lot to put in one window and made it difficult to extend, so we decided to take out the procgen and give it its own dedicated tool. It's a simplified version of the Edit Tool that should make it easier to play with procgen.

To open the procgen tool, in the voxel editor go to Tools / Procedural Generation... or press Alt+P. 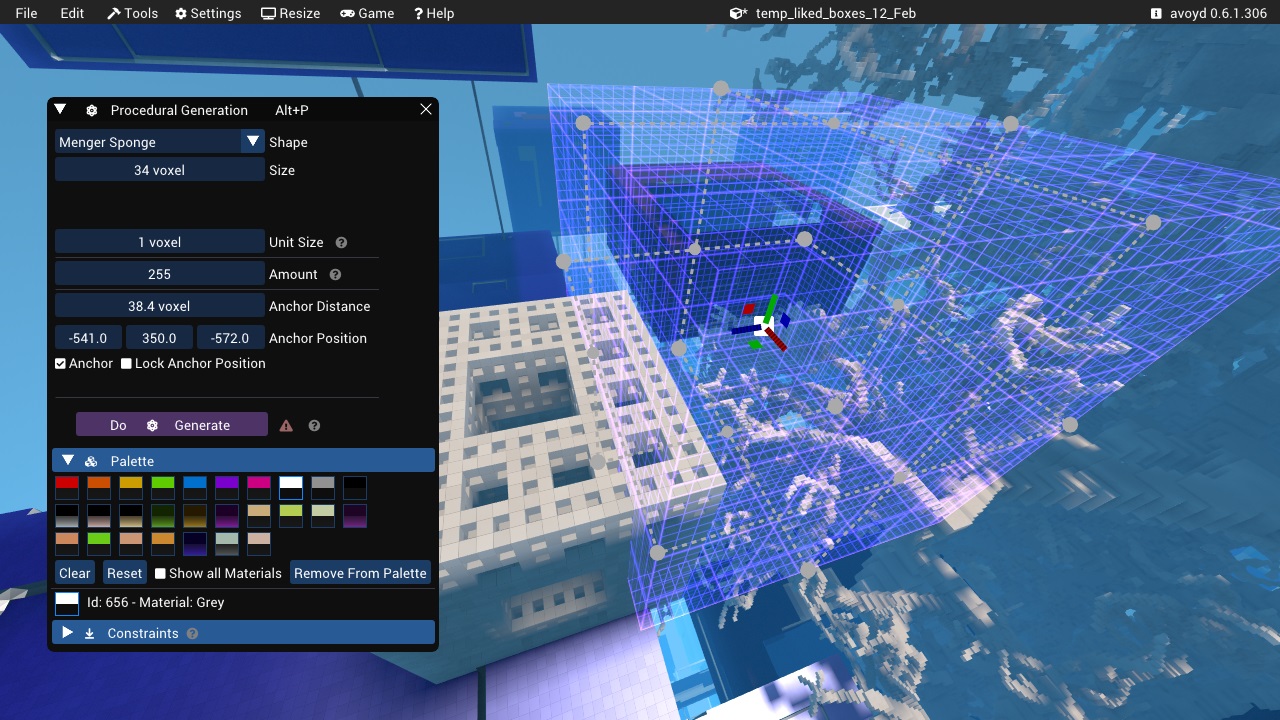 New dedicated Procedural Generation tool in the Voxel Editor The in-world wireframe tool cursor for procedural generation is purple to differentiate it from the green/red cursor of the Edit tool.

We fixed a bug on NVidia graphics cards where Voxel Colour Variation resulted in hatched noise. 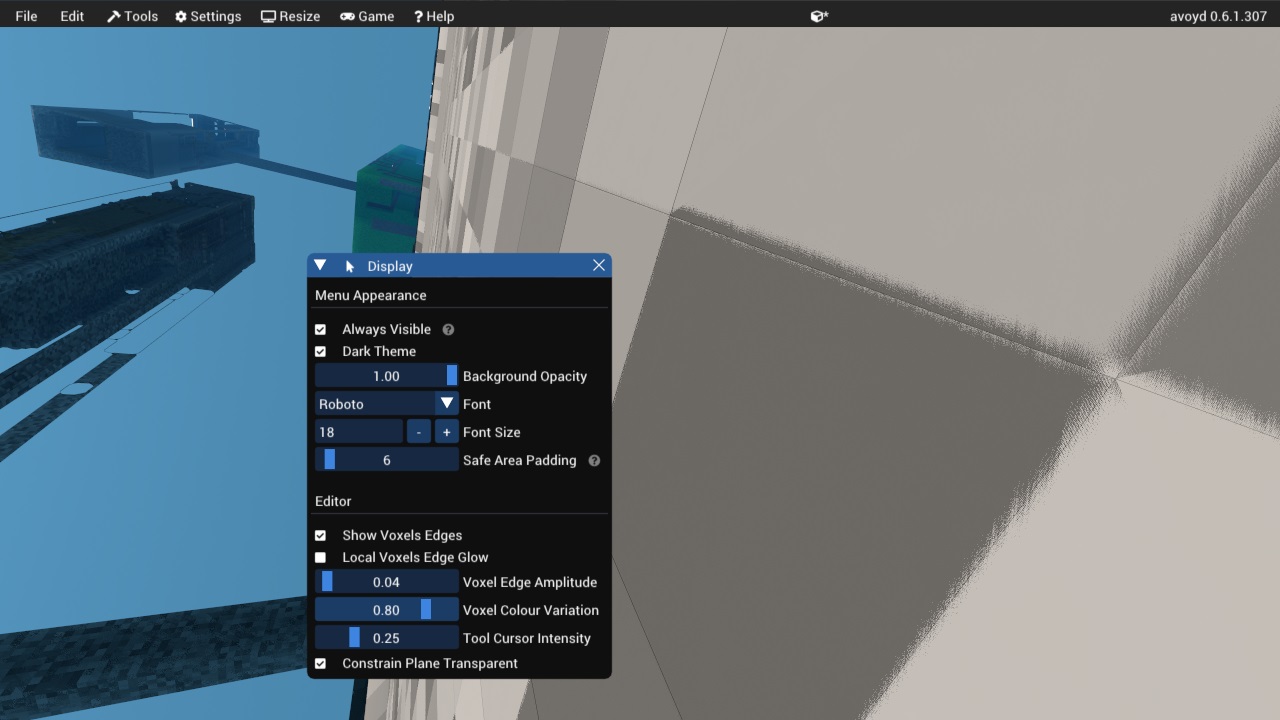 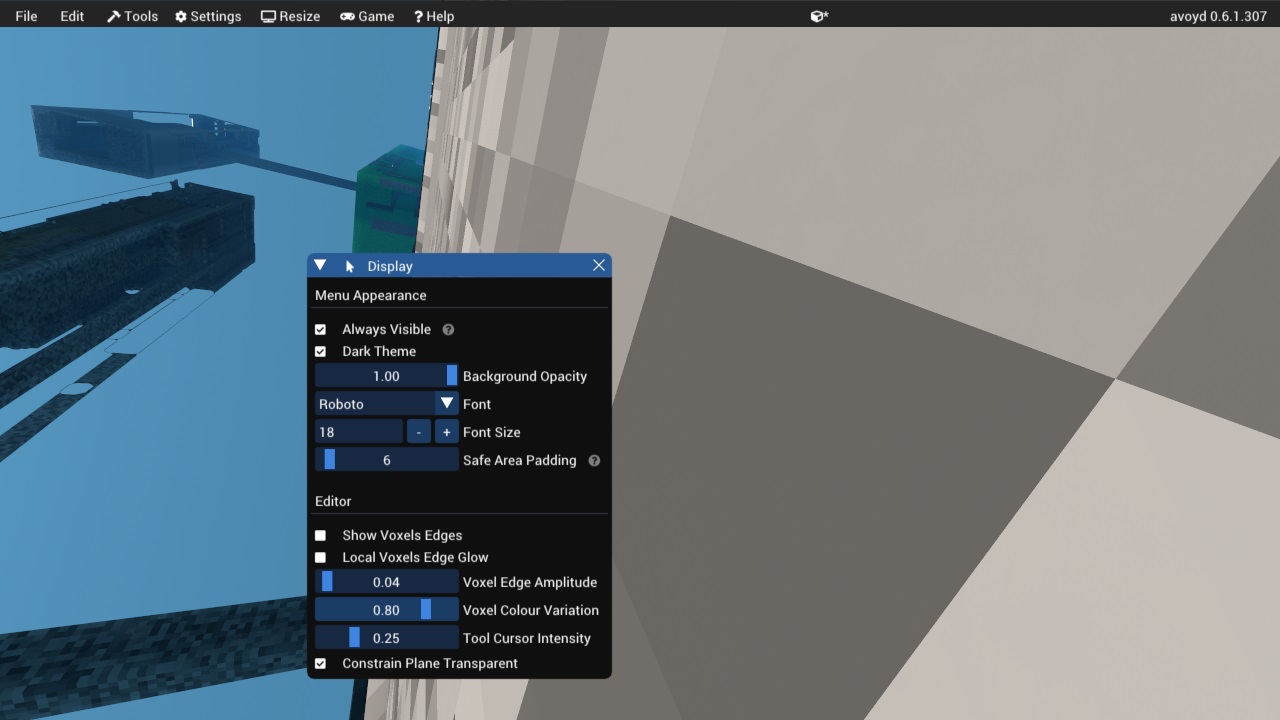 In the skirmish game we felt the bridges were awkward to navigate due to their plank shape. In-game, circling them whilst clamped orthogonally to their axis was disorienting due to the 180 deg changes in direction they were forcing (above to below a plank). To help with this we made them much thicker, almost square sectioned. That should soften the transitions.

In addition we enlarged the portals at each end of the bridges to make it easier to sneak inside the boxes for hiding and protection. 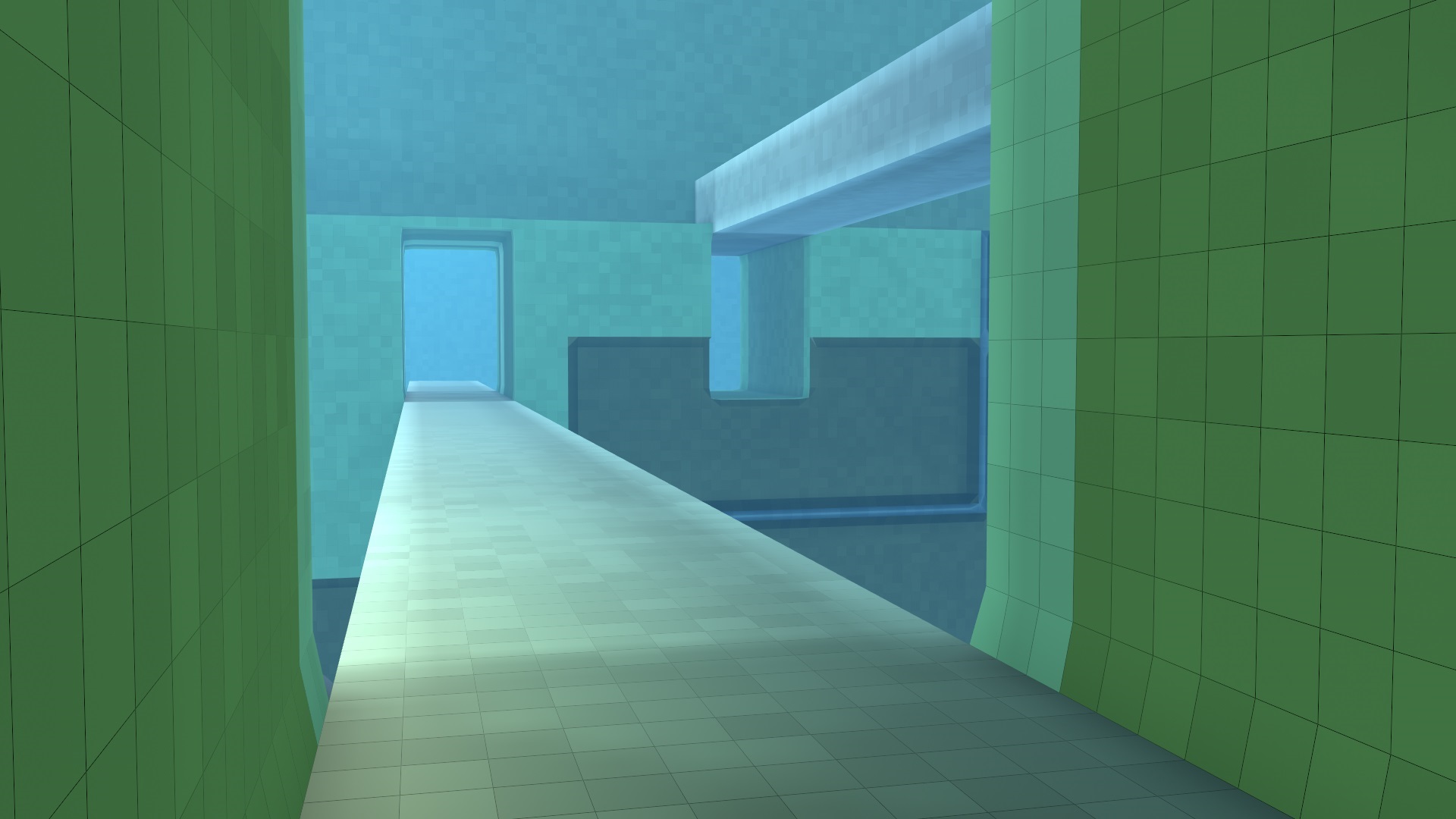 We also fixed the broken Field of View settings in the Voxel Editor and for those who want to take nice screenshots in-game, Ctrl+M now hides all HUD elements, including the drones position carets, health bars and names. We also took advantage of the latest Dear ImGui update to add more tooltips and fix inconsistencies with the UI.

Details of the new features and updates in 0.6.1 are listed in the Change log.