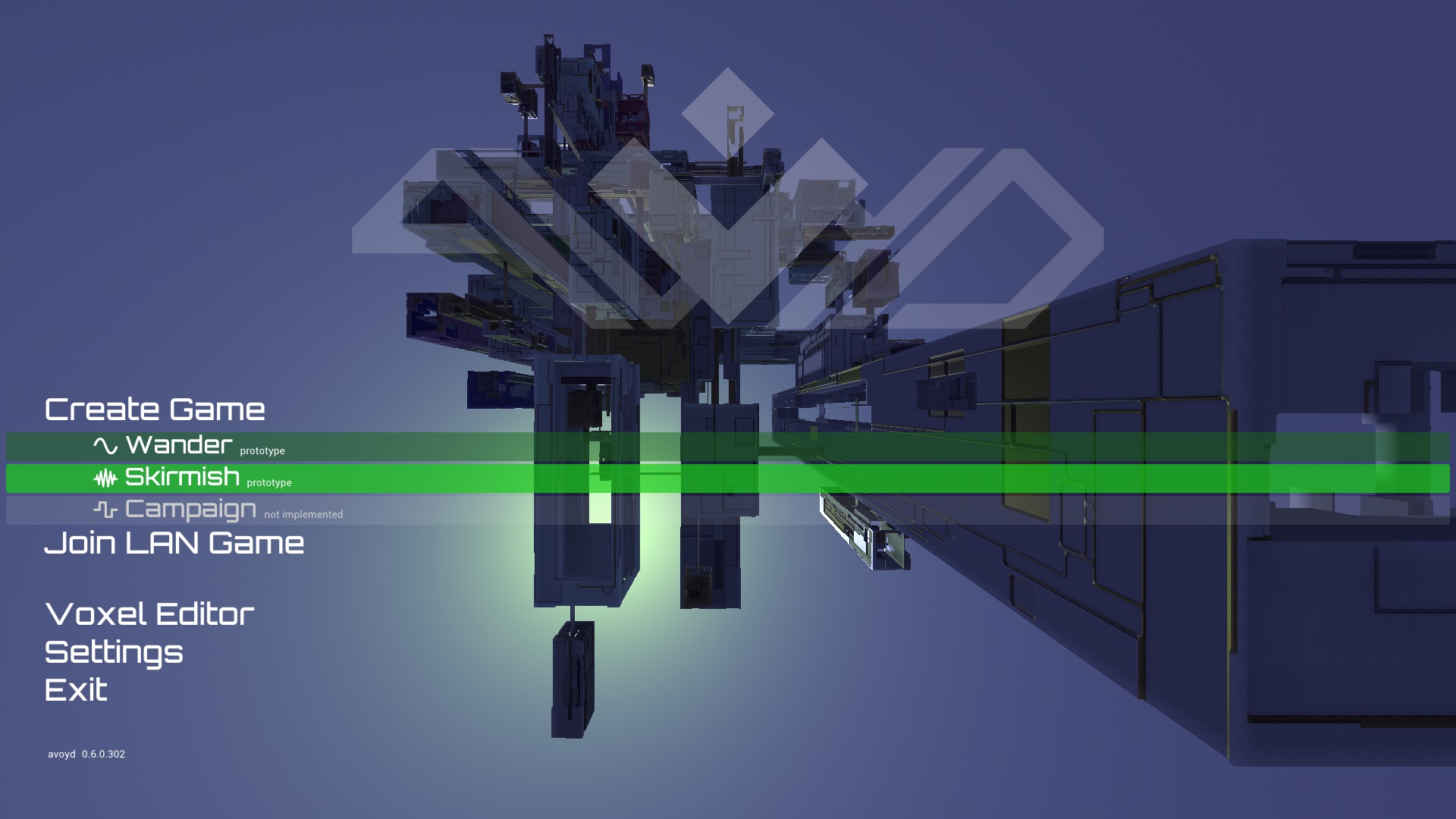 The Wander game mode is a peaceful exploration of the environment with no fighting, no building nor destruction. Our aim with it to create a relaxed aimless traverse of the world, a meditative experience easing players into the flow. The world of Wander is currently finite, created with the 'Boxes in Space' procedural generation algorithm.

Skirmish is a hectic battle game against hordes of drones. At the moment the Skirmish mode is basically a co-op horde mode where you need to destroy the enemy spawn site (their MegaSpawner) before they destroy yours in a short player(s) vs computer game. Waves of AI controlled drones spawn from the MegaSpawners at regular intervals. Players can shoot, build, destroy the environment and place turrets.

In Skirmish, players have a choice of three difficulty levels, affecting the maximum number of drones and the frequency at which they spawn in the world. Difficulty adjusts dynamically when players join or leave the game. 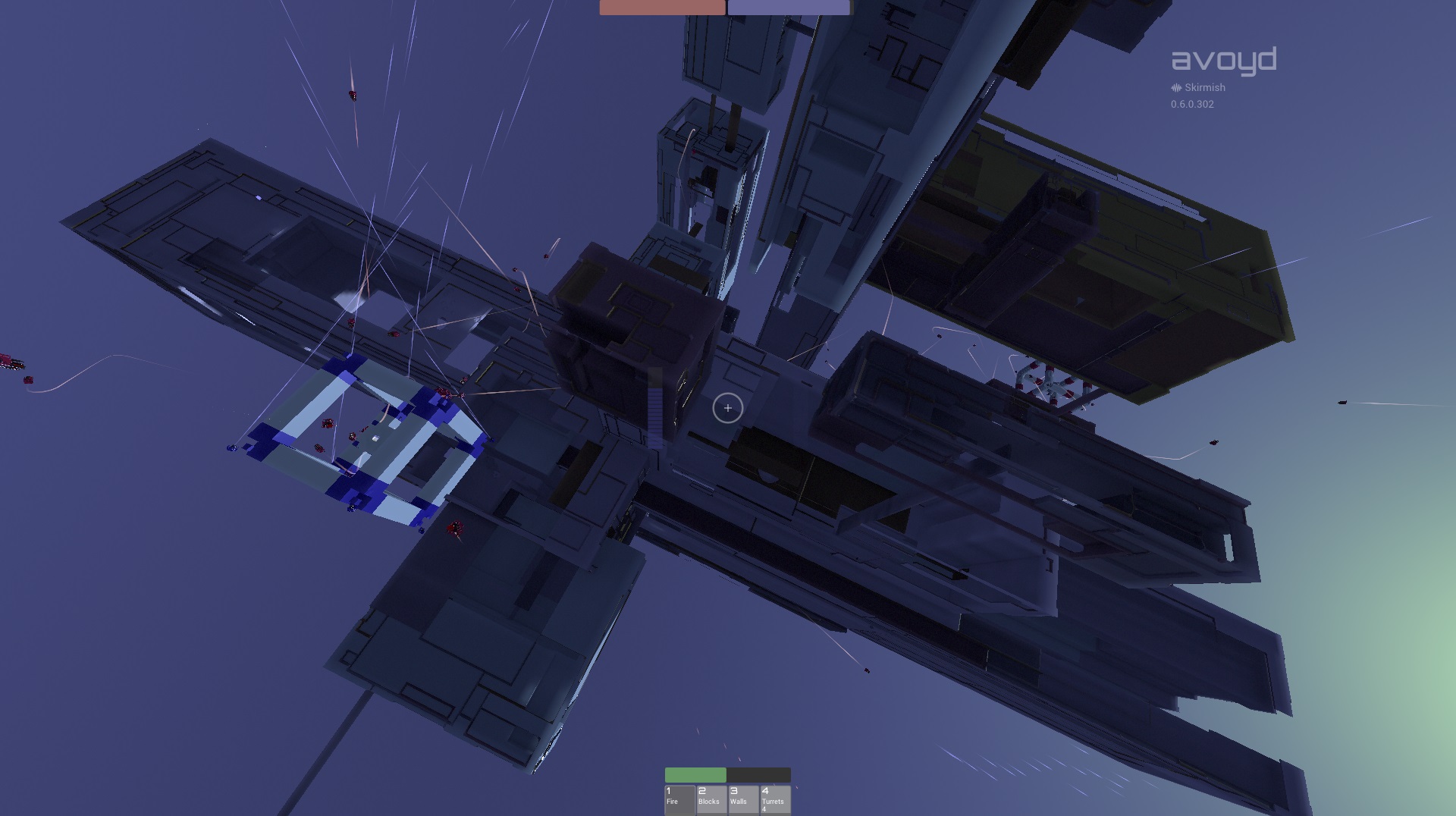 In-game screenshot of Skirmish mode, taken from afar, shows the friendly (blue) and opposition (red) MegaSpawners and drones having a go at each other (hard difficulty). Procedural world seed: 14CFEB5C

We're iterating on the design but we haven't fully fleshed out the Campaign mode yet though we have a good grasp of the basics. Currently we're using the Skirmish mode to experiment with the combat before we move on to improve the building mechanics.

To compress existing models, open them in the Voxel Editor, select 'Edit > Defragment the Octree' and save. This should reduce both the loaded octree memory consumption and resulting file size by between 3 to 10 times.

We've tweaked the UI to hopefully make it easier for you to use. One example is in the Voxel Editor: you can use the new keyboard shortcut for the Edit Tool (Alt+E) to easily toggle the edit cursor. 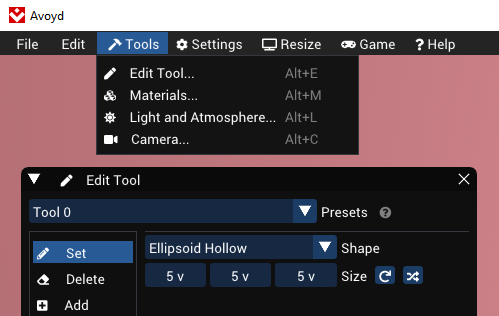 Details of the changes to 0.6.0 are listed in the change log.